It feels like a confession when I state "It has been 45 days since I last was out for a whirl on my X-C Skis."  With lots of free days this winter, my intentions were to ski more often but that has not been happening for one reason or another but mainly due to not having user friendly road conditions to get to the tracks.  Then seeing clear dry all the way to Lake Louise with no snow in the forecast, yet crazy cold,  I figured I gotta get this done.  I can handle crazy cold!

Today I skied the Great Divide all the way and crossed over into British Columbia to have lunch at the shelter.  It was quiet and I saw no other skiers of any kind until I was on the return trip and half way back.  In total I saw 7 others.  I was beginning to wonder where was everyone!

It did snow last night and the newly set tracks had new snow in them.  Someone did go before me until the turn off down Telemark (I am quite positive I know that was A. who I saw here back in early January.  So beyond those first 10 minutes or so, I had to break track to the shelter.  When all was said and done, I was tired.

The sun shone down into the shelter which made for a comfortable lunch break.  I captured my destination shots and then climbed up that big hill and skied back in the track I already broke.

I was happy to have this over with.  Then as if that was not enough,  I drove up to Lake Louise and walked it from one end to the other and back again.  It was glorious and sunny and pretty.  I did call it a day though when I arrived back at my car.

I was done like dinner and actually by now it was dinner time.  Winter days at Lake Louise are always great!

in the track and ready to go 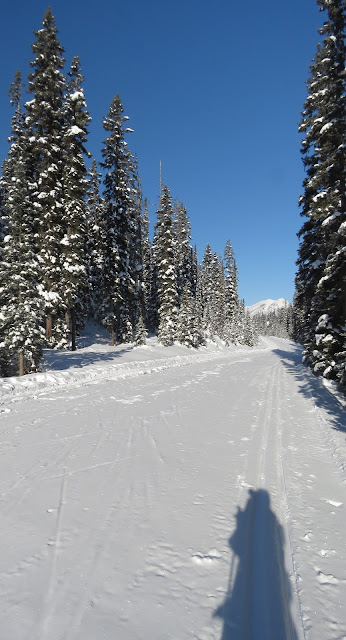 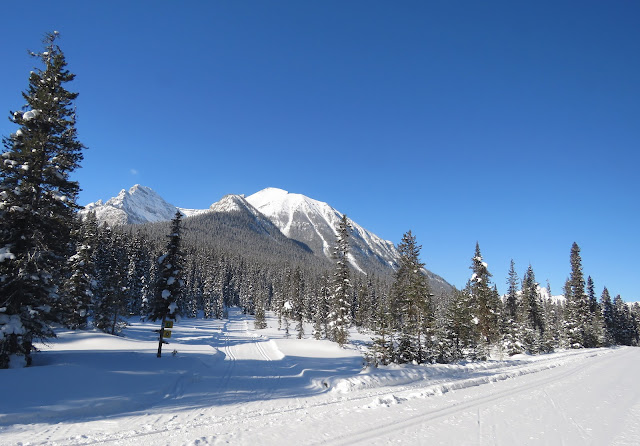 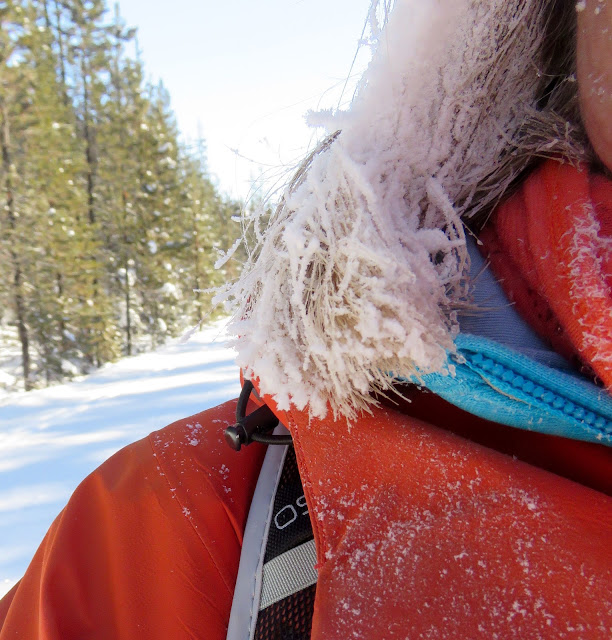 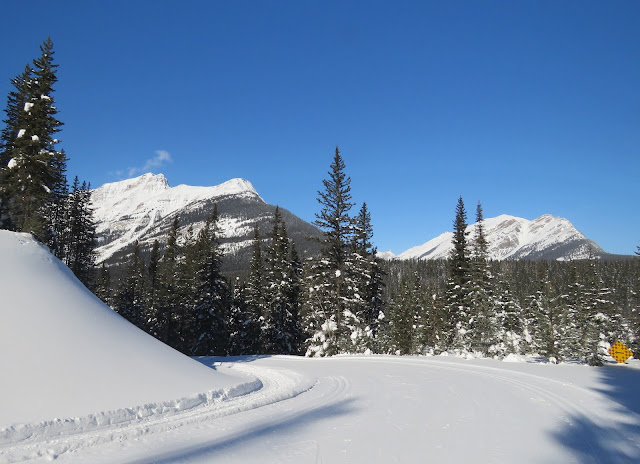 on the Alberta side of the border 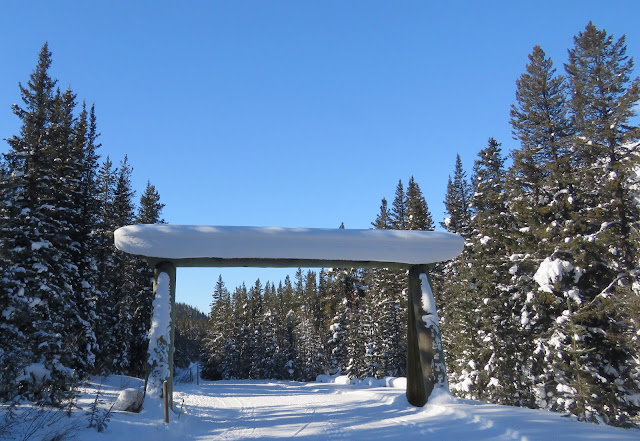 on the British Columbia side 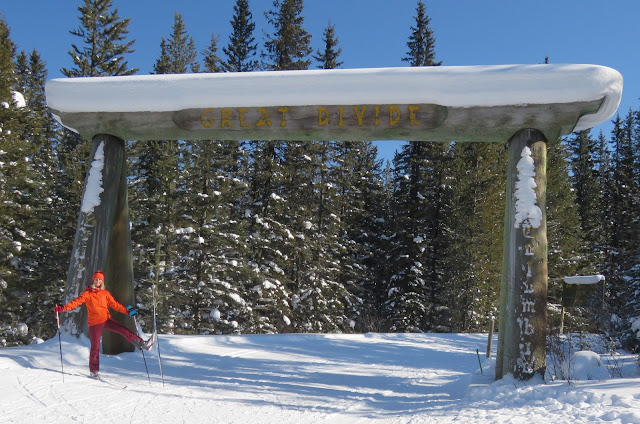 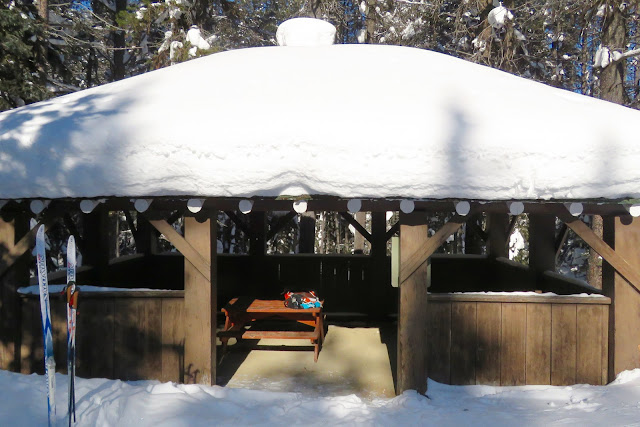 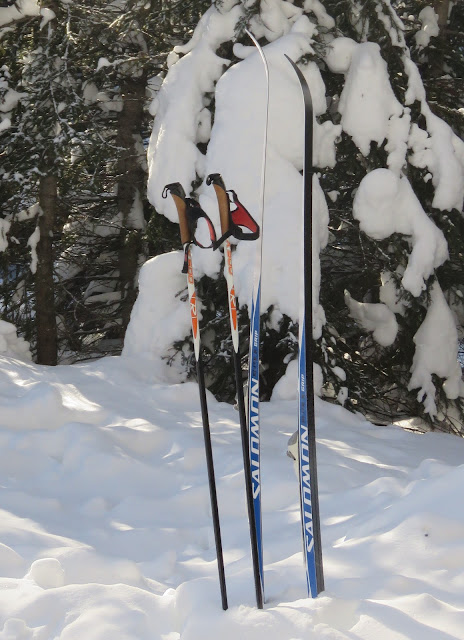 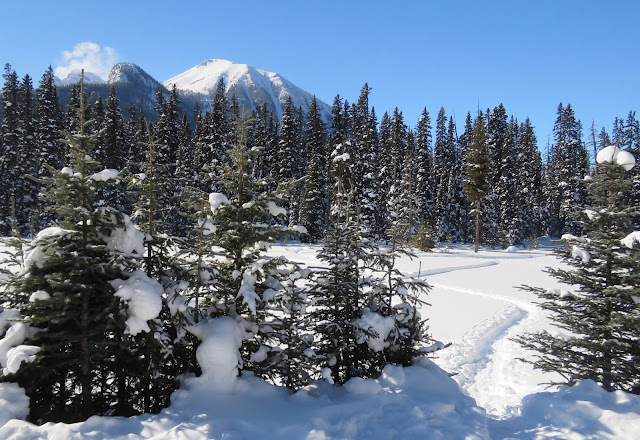 I took a little detour on the way back to capture some beauty. 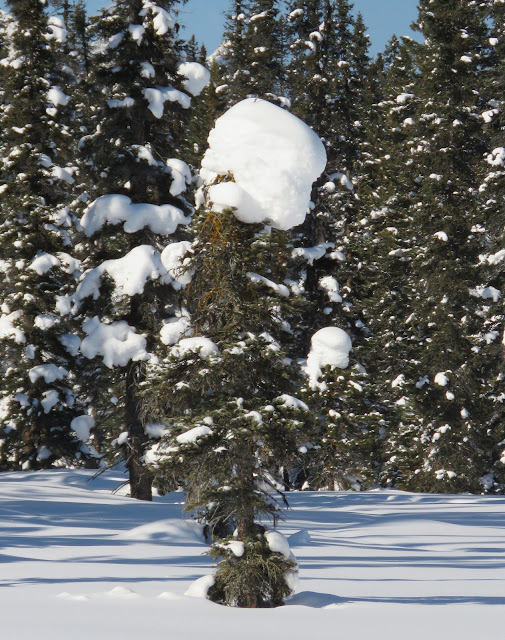 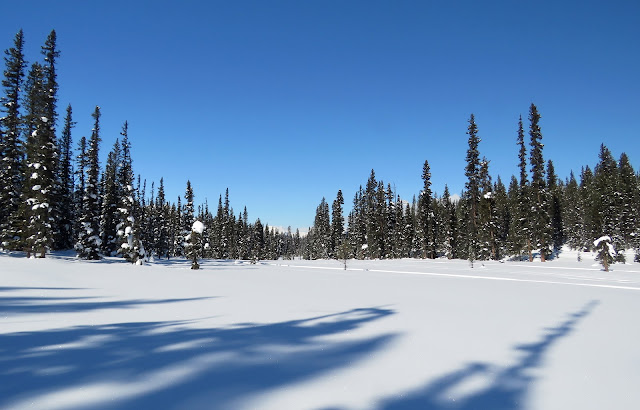 Posted by Alexandra at 5:47 PM 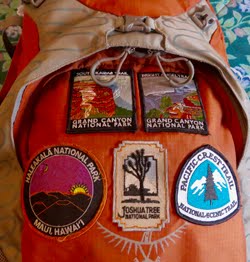 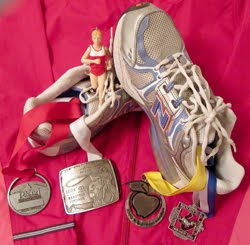